The Road to Westindian Literature- Some Thoughts 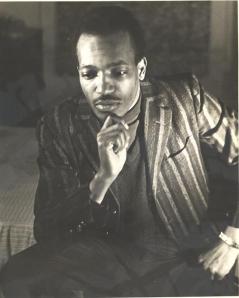 The Black Studies thinker and Writer.

The road to the placing of real Black Literature in the hands of Black and Latin American children has been paved with much difficulty and many disheartening experiences, at least in my own experience. The age for our people, the Panamanian Westindian, to gain that realization of the harm that such deprivation causes, like not having literature depicting our own stories and our own experiences available from early childhood, is something I have been observing, and lamenting, since I was a young child.

I remember being about three years old and waiting anxiously for the arrival of my maternal grandfather, Seymour, every evening at the conclusion of his workday.  This was what I would call my period of awakening to the real reasons of my vigil.  For my young grandmother, as much as for her three year old grandson, it was also the culmination and highlight of her day bringing a touch of adventure to our domestic setting. Upon finishing his evening meal he would open, with an almost ritual flourish, his trusted newspaper. This was the moment in which he would become, for his small audience of two, his wife and young grandson, the private evening newscaster.

The daily ritual was a reassurance more than it was a routine.  As soon as he would unfold the pages of The Panama Tribune or the Panama America, and before he could start picking out the stories for the evening, I would quickly squirm my way in between his legs and position myself comfortably so that I could be as close to the news stories as possible while he would avidly read the accounts of the day to his wife.  After each reading, grandfather’s usual editorial would invariably be a harangue about that “white man” and his goings-on; this would pretty soon trigger a loss of interest on the part of his three year old grand child and I would before long fall asleep. The early night conversations would soon lull the sleepy disappointed child who probably would have preferred a good story about other children who looked, acted and spoke like his own family members.

That bit of literary stimulation, however, although it was probably not up to the expectations of a precocious young child, turned out to be a tremendous impetus to me at that young age. From those tender beginnings until the moment I started scavenging through the garbage cans in the back of our neighborhood tenement building in Panama City for paper to write on and old newspapers to copy from, more than three years would elapse- an eternity for a highly motivated, growing mind. So that, as a child my expectations remained high as I pursued my only source of strength, copying- scribe-like- long newspaper articles in the silence of tropical days positioned under my parents’ big bed.

I worked at it daily analyzing my handiwork just to see how real articles were composed. Then, paragraph after paragraph of carefully fashioned letters would make me feel, after much ardent work, like I had trained myself to be a professional writer. A real writer, I would muse quietly to myself with a sense of accomplishment even for years afterwards as I struggled with English essays and compositions through my freshman and sophomore years in college.

“A dream can make a man,” or at least that is what I interpreted Dr. Martin Luther King Jr. as saying in his many speeches and short talks as I listened closely to that American luminary walk the streets of New York’s Harlem during his memorable visit in the year of 1958. I would then have the opportunity to experience the Black Studies Movement of the late 1960’s during which time I would fondly remember those years of my first love with the neglected Panamanian Westindian Literature and my grandfather who introduced me to it by patiently reading to me.